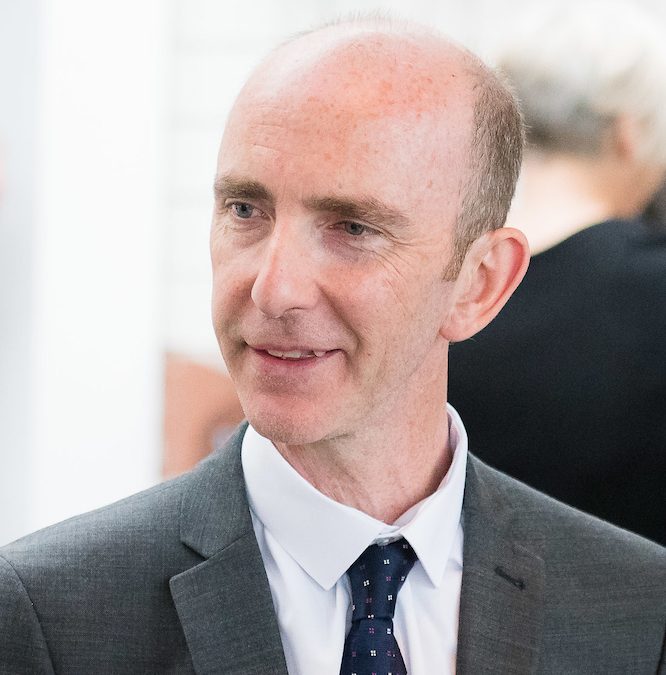 Edinburgh Poverty Commission Chair Jim McCormick’s article was a double page spread in the 1 September 2020 edition of the Evening News part of their Recovery Edinburgh series.

It can be viewed on pages 8 and 9 on the Press Reader link. Or you can read it in full below.

What have we learned during the biggest crisis most of us have faced in our lives?

The city’s independent Edinburgh Poverty Commission has spent time over the summer listening to citizens trying to get by on low incomes, facing acute uncertainty over their jobs, health, and prospects. The overriding message is one of fear and trauma, alongside some hope that the positive responses we have seen – barriers to joint working being eroded, rapid response to immediate need and kindness in neighbourhoods – will be banked and built upon.

For those already struggling to get by, significant extra pressures have built up. City residents who were working but still poor before the pandemic have been more likely to see their hours cut or to lose their jobs. While those protected by the UK furlough scheme may have seen a 10% drop in income, those made redundant have seen a much bigger cut in the amount of money coming through the door. At the same time, bills have gone up – parents claiming Universal Credit or tax credits point to the additional costs of food, energy, and helping their children learn at home during lockdown. As we move towards a period of tentative recovery, the challenge facing us is to address long-standing problems in the city’s job market and housing system while also addressing the new risks pushing people to rely on social security perhaps for the first time. Cohesion demands that we offer a lifeline to prevent more families being pulled into poverty.

The Commission has been working for almost two years to define the big changes needed to end poverty in Scotland’s capital city. Later this autumn we will set out the new challenges post-Covid and publish our final calls to act. While the City Council, the NHS and other public services have clear responsibility to act, so too should employers, housing providers and communities take the lead. We are likely to go further and call on the Scottish and UK Governments and other investors to help resolve some of the challenges that go beyond the city’s own powers and budgets.

In the first phase of the pandemic, it is likely that the furlough scheme alongside increases in housing support and some benefit payments have helped stabilised incomes and prevented a clear rise in poverty. But we are in the foothills of a deep recession. Those losing their jobs and struggling to move back into employment quickly are at risk of swelling the one in five children already below the poverty line before the crisis hit. Edinburgh has seen a faster rate of increase in unemployment than any other part of Scotland this summer – having also experienced one of the biggest drops in job vacancies over the Spring, reflecting its reliance on hospitality, tourism and culture sectors. These sectors will be slower to recover and will need a swift and targeted response.

Even before Covid, people living in poverty across the city – workers, carers, disabled people, parents, people from ethnic minority communities – told us they are exhausted physically and emotionally, having to make impossible decisions about living costs. They felt much of the city didn’t belong to them and that many of their fellow citizens didn’t know, understand or care about them. Most of all, they said living in poverty grinds people down, shrinking hope and creating barriers to opportunities that may otherwise be there. Too often the attitudes and experiences they encounter trying to get help makes their situation even worse. People said they felt judged, stigmatised and shunted from pillar to post.

To end poverty in the city, we need to boost life chances as well as incomes – to focus on building support that is human, compassionate and builds on people’s desire to get on with their lives and achieve their goals, while attending to the better quality jobs, housing and educational opportunities people need. Without this transformation towards relational or holistic support, the other actions we will be calling for will land far short.

A good example of the change we need is the city’s Maximise service, delivered through many but not yet all schools and GP surgeries – and now developing in early years centres. By embedding money and debt advice in the places people usually go to, we are more likely to enable take-up of tailored support at the right time. But in addition to building greater financial security, Maximise offers intensive family support, peer-to-peer connections and help with employment. Contrast this with ‘many services for multiple needs.’ While neighbourhoods with higher rates of poverty will need more of this kind of support, low incomes and high costs are found in all parts of Edinburgh. Investing via city-wide gateways – including, but not only schools and GPs – offers the flexibility to reach people in need who might otherwise be unknown to service providers.

When the Commission ends its work, we will pass the torch on to a new network of city residents with first-hand experience of poverty today or in the past, plus allies drawn from business, community anchor organisations and other areas of civic life. As an independent group, their job will be to advocate for long-term change and hold decision-makers to account. Our job will be to listen, learn and widen the platform to ensure the wisdom that comes with direct experience becomes a motive force for positive change.