A Just Capital: Charting a Course to Fair Work in Edinburgh 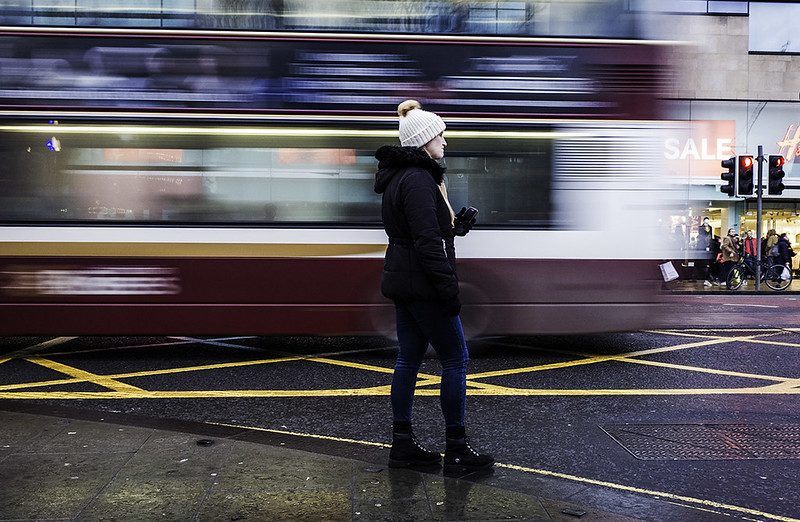 This blog was originally produced for the Fair Work Convention by Dr Jim McCormick, reflecting on his time chairing the Edinburgh Poverty Commission and how the city can promote the principles of fair work. It was published on 22 March 2021.

A year on from the first lockdown, we have a better view of the huge impact of the pandemic on our lives. It has created heartache and hardship, exposing deep inequalities and stubborn poverty rates. While a large share of the workforce was protected by the UK furlough scheme – complemented by additional Scottish support for businesses, the recently self-employed and low-income households having to self-isolate – other keyworkers continued in face-to-face roles. Public awareness of our reliance on care and health workers, shop workers and delivery drivers has been mobilised. There is a golden opportunity to advance fair work principles further and faster than looked possible a year ago.

What should this mean for Scotland’s capital city? The Edinburgh Poverty Commission was on the verge of publishing its findings when the pandemic struck. We agreed to extend our work by six months and use this time to revisit community anchor organisations to understand the impact of the crisis and the response. The picture we saw was set out in an interim report last May. As well as the third sector becoming the first responder in many neighbourhoods, we heard of some employers moving to redundancy rather than choosing to protect their workforce through furlough. We heard of cuts to working hours and pay, offset for some and partially by a rise in Universal Credit and the Local Housing Allowance. A large part of the city’s economy was placed on life-support.

Roll forward to Spring 2021, there is a sense of optimism driven by the vaccine and a cautious route map out of the toughest restrictions. But looking further ahead to the end of the decade is the focus of the Commission’s final report A Just Capital. It sets out a series of connected ‘Calls to Action’ to end poverty by 2030. The City Council has made a flying start, becoming the first local UK authority to make this bold commitment. Our report highlights the main steps that need to be taken across housing, education, income security and in shifting the culture and experience of frontline support. But it is through the jobs we do that progress will also be achieved.

A year ago, one in eight (12.7%) of the city’s workforce earned less than the real living wage of £9.50 per hour. That was 4 percentage points lower than for Scotland as a whole. Only Aberdeen had a lower rate. The position will have worsened for some since lower-paid workers are more likely to have seen cuts in hours and wages not fully compensated. These are more likely to be women, young people, disabled workers and people from BAME communities. We don’t know enough yet about job market prospects but there is a strong possibility that many of the jobs locked down in hospitality and tourism will revive. And there is a powerful consensus expressed most recently by the Social Renewal Advisory Board that economic and social renewal needs to be driven by fair work first principles.

The Council’s response to our Call to Action on fair work will see a new partnership of businesses, anchor institutions and Trades Unions established to deliver actions needed to attain Living Wage City Accreditation. The goal is ambitious: to at least double the number of living wage accredited employers in Edinburgh within three years. It is vital that the third sector is a full partner in this endeavour given its role in community wealth-building. A down-payment towards this vision was made with the announcement that every City of Edinburgh Council employee will earn at least the Scottish Local Government Living Wage in their base pay from April 1. Almost 4,500 low-paid employees will benefit with full-time staff receiving an average pay rise of more than £200. The Edinburgh Guarantee For All programme in partnership with employers seeks to ensure that all residents can access and progress in fair work and make it easy for employers and educators to play their part. Local employability programmes should be designed to stick with people until they can secure the skills and earnings to be free of poverty.

So far, so encouraging. On the other hand, council budgets have been under enormous strain in recent years. The fate of the ‘pandemic pound’ – the large injection of cash into Scottish public finances in this financial year – is unknown but further significant pressure is certain. One consequence is that services commissioned from the third sector will carry on bearing the brunt, with families and unpaid carers ultimately carrying the risks of inadequate support. It is far from clear that social care providers will be able to pay the real living wage. And yet it is adult care and childcare which we will rely upon increasingly as the bedrock of the local economy – work which can’t be done remotely and where cost-cutting damages the quality of care and the safety of citizens. It is the single biggest fair work challenge. Getting it right will pay dividends in reducing poverty and advancing equality for women and BAME workers especially. Failing to solve this dilemma ten years on from the Christie Commission is unthinkable. A new settlement between the Scottish Government, local authorities and care providers is needed urgently. The Feeley Review leaves no space for avoidance.

Looking ahead, we will need increased investment in fair work and adoption of practical ideas by employers if we are to spring the trap of in-work poverty. A rich bank of approaches has been set out by the Fair Work Convention and Strathclyde Business School. We should expect procurement spending to achieve more across than in the last decade. Receipt of public grants and contracts should be conditional on employers investing in skills, excluding inappropriate use of zero hours contracts, action to close the gender pay gap, genuine workforce engagement and payment of the real Living Wage. In line with international good practice, Edinburgh Partnership members should commit to generating at least 1 FTE job with training for a person from a target group for every £1m of procurement spending over the next decade. In addition, it is improving the adequacy of working hours – and not just the hourly wage rate – that will drive down poverty. The Social Renewal Advisory Board calls for a drive towards living hours and increased work flexibility across public service providers in all sectors.

Edinburgh has better odds than most places to embed fair work into its economic and social renewal. There is no pathway to ending poverty in the city without boosting the prospects of low-paid workers. The hard task now is to close the gap between promise and practice.