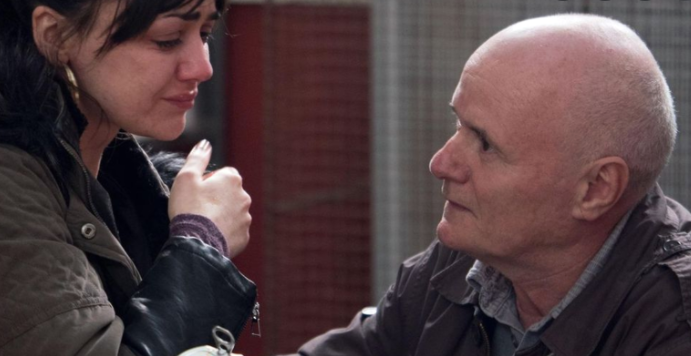 Have you seen the Ken Loach film ‘I Daniel Blake’?  It’s not a film you could forget. It tells the story of Daniel Blake, living on benefits due to ill-health, who befriends a young woman struggling to support herself and her young son on a very tight budget.  The film bravely exposes how tough it is to survive with very little money in a benefits system that seems designed to make people feel ashamed for even asking the state to help them.  I don’t believe anyone thinks that’s fair, or right.  Everyone deserves to be treated with respect, and everyone has a right to a fair wage for a decent job, with affordable housing to live in.  Sadly, the reality is very different for many people.

Can you imagine having to skip meals so that your children could eat?  Or not being able to switch on the heat because there’s not enough money to pay the bill?  That is the brutal reality for some people living in Edinburgh.  How can we allow this to happen in our own city?  Those questions led to the formation of End Poverty Edinburgh.  Our role is to work closely with the City of Edinburgh Council and other city organisations whose decisions affect the lives of people in poverty.  Together we want to monitor the delivery of the city’s plan to end poverty – by raising awareness and understanding of poverty and the damage it does, and how the systems need to change and fit round the reality of people’s lives.

We believe that each one of us has a role to play in tackling the issues that drive people into poverty in the first place. Employers need to ensure that they treat people fairly and pay a decent wage. Community groups and voluntary organisations can help to make sure that more people get the information they need to improve their life chances.  Public services need to be more easily accessible and listen more carefully to people’s needs.

Every one of us can do more to understand the factors that drag people into poverty and take one step at a time to reduce the barriers that push some people onto the edge of society.

What will you do?