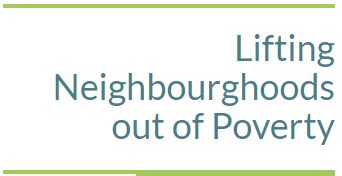 In the first of our Challenge Poverty Week guest blogs we hear about Community Renewal’s LNT initiative and the difference it can make to people’s lives.

CR:LNT is an initiative funded by the National Lottery Community Fund that seeks to tackle poverty and inequalities in a small neighbourhood in Edinburgh by taking a whole system approach.

Test of System Change – It is a 5-year test of change that seeks to transition from the current situation where services are arranged in specialist silos to a system where a multi-disciplinary neighbourhood team offers holistic and long-term support for people to lift themselves out of poverty.

Creating a more cohesive system – Lifting Neighbourhoods Together is multi-layered. On the ground there will be a neighbourhood team that will systematically engage every household in the neighbourhood.

Evidence Based Methodology – A central plank of CR:LNT is that people coming from multiple agencies utilise the same methodology for engagement, holistic assessment and coordination of support.

Community Renewal is providing training in these methodologies which have been tried, tested and evaluated over a period of 20 years with great success.

Moving from Linear to Circular Support – One of the difficulties for a person or family seeking to improve their life and lift themselves out of poverty is that it is difficult for them to know how to access services in the current siloed system. At best, services are organised in a linear fashion e.g. The Strategic Skills Pipeline, but often they are not organised at all.

CR:LNT works in a different paradigm whereby a single professional builds a trusting relationship with an individual or family, works with them to build a picture of the future they want, then walks alongside them on the journey bringing in support agencies where required but in a coordinated way where personal introduction and transfer of trust replace cold referrals and signposting.

The LNT test of change will attempt to support the system to move from a linear way of working to a circular holistic way of working.

This circular way of working is illustrated in Angela’s case study.

When we met Angela through door-to-door engagement she was in her forties, was separated and living alone and was long term unemployed due to long standing mental health difficulties stemming from being a victim of domestic abuse.

Very early in the relationship we established the basis of our working partnership by conducting an Holistic Assessment we developed in 2006 in partnership with the College of Holistic Medicine in Glasgow.

For Angela her highest priority was to get divorced from the husband who had abused her for years. She scored that a 10. The next change she wanted to make was to address the trauma and its lasting effects by accessing specialized counselling – she scored that 9. Her third aspiration was to develop a daily routine and increase her social contact and she scored that 8. and Her fourth aspiration which was slightly more long term was to undertake volunteering with a view to potentially moving into paid employment at some point in the future.

In year 1 of the holistic support journey:

Angela had already been referred to a counsellor at Mountcastle Medical centre when initially in contact with our Wellbeing Coordinator. However, the Counsellor at Mountcastle felt that the nature of client’s issues were too complex for what she could offer. Therefore, Angela was introduced to the Outreach worker at Women’s Aid and then an introduction was made to Health in Mind following completion of Women’s Aid intervention.

The wellbeing coordinator accompanied Angela to attend the Gym at the Thistle Foundation and she began to attend regularly. There she was introduced to Mindfulness and Lifestyle management courses which she completed.

Due to knee injury Angela required surgery and was accompanied to the physiotherapist for rehab appointments.

Angela had been wrongly placed on Job Seekers Allowance and the Wellbeing Coordinator supported her to obtain medical reports accompanied Angela to her ESA medical assessments and tribunal which she won.

Due to her estranged husband living in England the Wellbeing Coordinator supported Angela to get a lawyer in England and accompanied her to appointments. Angela completed her divorce and found a new relationship.

Angela was then introduced to Edinburgh Volunteer Centre and undertook some work in a charity shop in Portobello.

An introduction to Forth Sector (FS) was made for job skills, training and placement.

18 months after meeting Angela she was working 21 hours a week and was able to pay full rent and council tax.

Community Renewal reviews each area of change on a regular basis asking the person how much progress they feel we are making with their change goals.